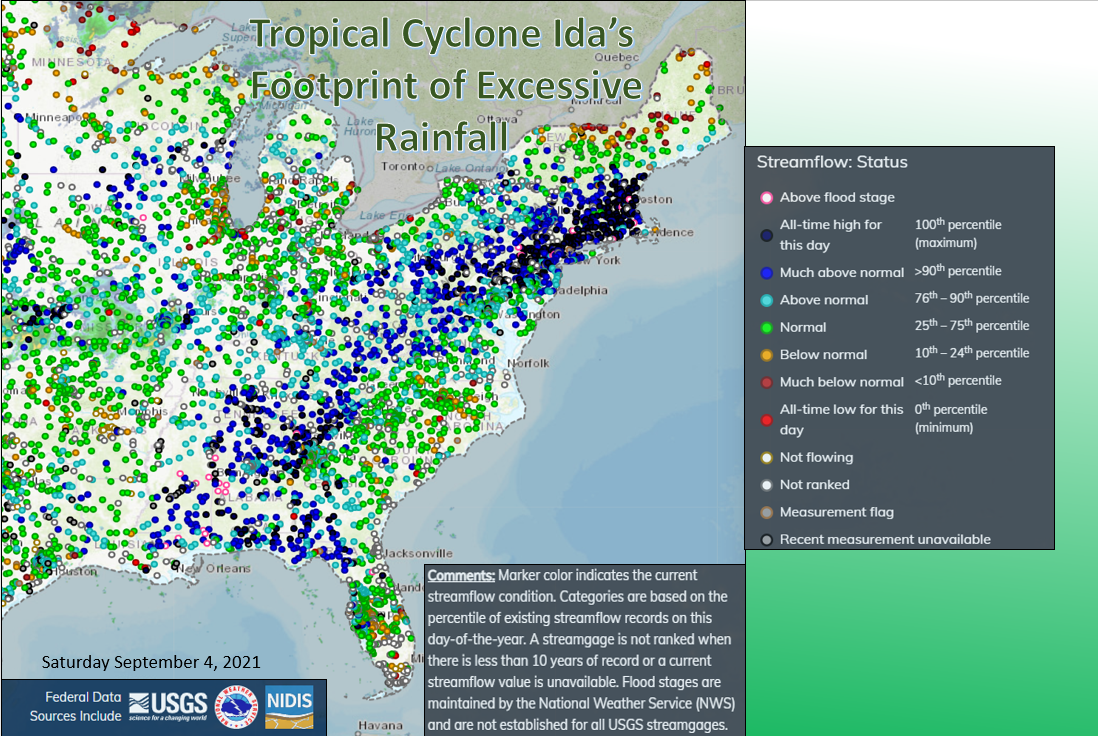 Here is a look at the 2021 Atlantic hurricane season.

The 2021 Atlantic hurricane season runs from June 1 to November 30. The areas covered include the Atlantic Ocean, Gulf of Mexico and the Caribbean Sea.
The National Weather Service defines a hurricane as a "tropical cyclone with maximum sustained winds of 74 mph (64 knots) or higher."
Hurricanes are rated according to intensity of sustained winds on the Saffir-Simpson Hurricane Wind Scale. The 1-5 scale estimates potential property damage.
A Category 3 or higher is considered a major hurricane.
The National Hurricane Center advises preparedness:
A hurricane watch indicates the possibility that a region could experience hurricane conditions within 48 hours.
A hurricane warning indicates that sustained winds of at least 74 mph are expected within 36 hours.

April 8, 2021 - The Colorado State University Tropical Meteorology Project team predicts an above-average Atlantic hurricane season. The team forecasts 17 named storms, including eight hurricanes.
May 20, 2021 - The Climate Prediction Center (CPC) at National Oceanic and Atmospheric Administration (NOAA) forecasts a 60% chance for an above-normal season, predicting that there is a 70% chance of having 13 to 20 named storms, of which six to 10 could develop into hurricanes, including three to five major hurricanes (Categories 3-5).
August 4, 2021 - NOAA doubles down on its initial seasonal prediction, announcing that forecaster's confidence has increased and the probability of an above-normal season has risen from 60% to 65%, leaving only a 10% probability of a below-normal season and a 25% probability of a normal season. The agency now predicts 15-21 named storms, including seven to 10 hurricanes, of which three to five are forecast to be major, which remains unchanged from their previous outlook.

July 1, 2021 - Tropical Storm Elsa forms in the Atlantic.
July 2, 2021 - Strengthens into a hurricane near the Lesser Antilles, making it the first hurricane of the season.
July 3, 2021 - Weakens to a tropical storm. Three people are reported dead, two in the Dominican Republic and one on the island of St. Lucia.
July 5, 2021 - Makes landfall in Cuba.
July 7, 2021 - Makes landfall in Florida in Taylor County. Winds from Elsa causes a tree to fall on two cars during an afternoon commute in Jacksonville, Florida, killing one person.

August 14, 2021 - Tropical Storm Grace forms in the Atlantic.
August 15, 2021 - Grace weakens to a tropical depression.
August 17, 2021 - Restrengthens to a tropical storm.
August 18, 2021 - Strengthens into a hurricane.
August 19, 2021 - Makes landfall along the eastern Yucatan Peninsula of Mexico near Tulum. Grace later weakens into a tropical storm.
August 20, 2021 - Grace strengthens into a category 3 hurricane.
August 21, 2021 - Makes landfall south of Tuxpan on the eastern coast of Mexico, killing at least eight people.

August 26, 2021 - Tropical Storm Ida forms in the Caribbean.
August 27, 2021 - Hurricane Ida makes landfall in Cuba.
August 29, 2021 - Ida makes landfall as a Category 4 hurricane in Louisiana. The storm claims the lives of at least 26 people across Louisiana and two in Mississippi, destroying businesses and neighborhoods and knocking out power to hundreds of thousands.
August 30, 2021 - Weakens to a tropical depression.
August 31-September 2, 2021 - The remnants of Ida makes its way to the Northeast, where it delivers another round of misery, flooding streets, homes and neighborhoods. At least 54 people die across New York, New Jersey, Connecticut, Maryland, Pennsylvania and Virginia.
April 27, 2022 - The World Meteorological Organization Hurricane Committee retires the name Ida from the rotating list of Atlantic tropical cyclone names because of the death and destruction caused by the hurricane.

September 12, 2021 - Tropical Storm Nicholas forms in the Gulf of Mexico.
September 13, 2021 - Strengthens into a hurricane.
September 14, 2021 - Makes landfall along the Texas coast and then weakens to a tropical storm.
September 16, 2021 - Weakens to a post-tropical cyclone.

September 23, 2021 - Tropical Storm Sam forms.
September 24, 2021 - Strengthens into a hurricane.
October 5, 2021 - Weakens to a post-tropical cyclone between Newfoundland and Iceland.